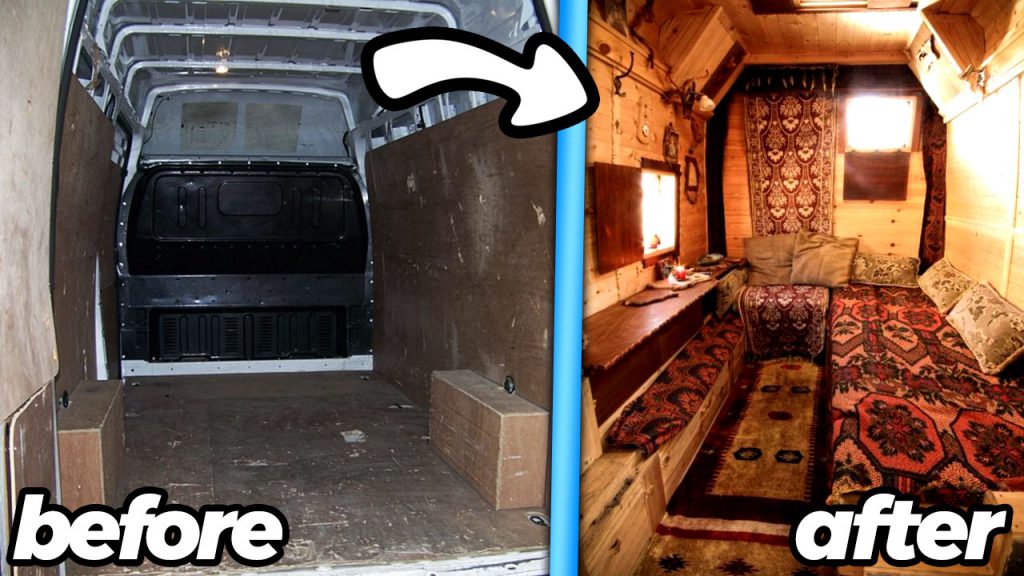 You’re lying on shag carpet and it feels like the 70’s, smelling the fresh cedarwood walls, feeling like anything is possible. Where are you? Living in a log cabin, high up into the Colorado mountains? Maybe far out into the wilderness of the Pacific North West? No, you’re in a ditch off the M6 waiting for an AA man to give you the bad news – but you don’t care because, in this baby, you could be anywhere. This one here was previously a Ford Transit van before some magic person came along and transformed it into a paradise. It’s almost scary… don’t get me wrong, it’s incredible, but I wouldn’t let this person into my back garden in fear that they’d turn my shed into the Taj Mahal.

So, let’s take a look at some of the most stunning changes these old beaten vans have undergone. I’d like to show mine but despite the addition of two artesian pillows and a pinewood statue of a duck, it still just looks like a van. 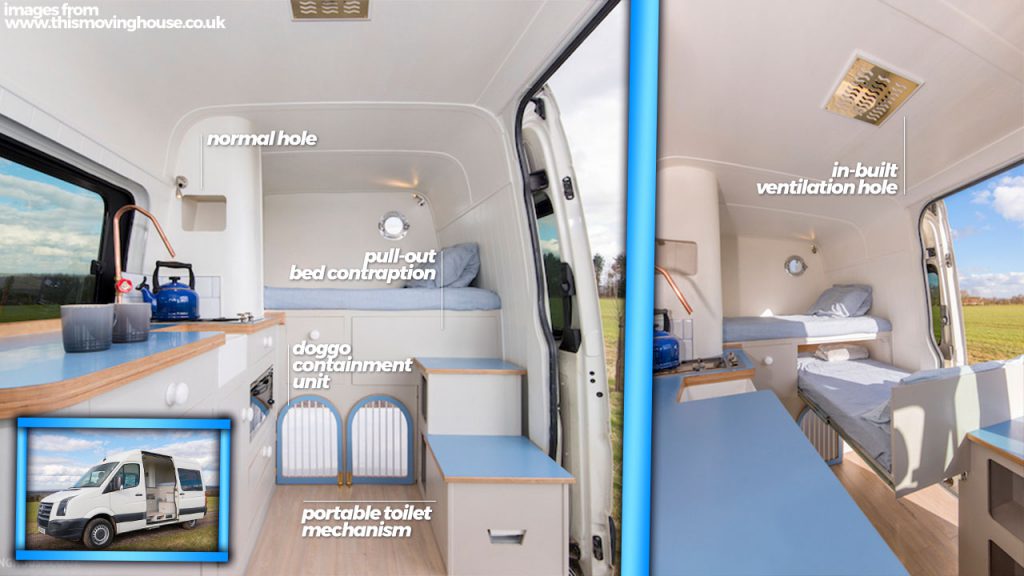 This miniature moving home was created by Jack Richens of 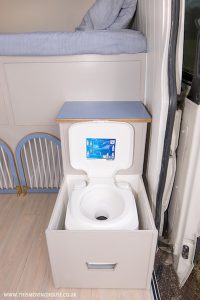 ‘This Moving House.’ I love that these vans always seem to have their own personalities… Whereas the previous van looked like it would play the guitar and wear daisy chains, the interior of this one feels more like a china plate or a fresh college notebook. You never know how someone else might make use of that space. As you can see here, there has been a lot of care put into the efficiency of that space; any insignificant hole has been put to use, which is why you’ll be forever sleeping above the toilet. My favourite part of this baby is from where it receives its name: the ‘Dog Van.’ Under the pull-out bed, there is a dog-house big enough to house two regularly sized doggo friends! Yes, this van has been specially designed to allow a greater connection between you and your best fluffy fella’, in a peaceful baby-blue. 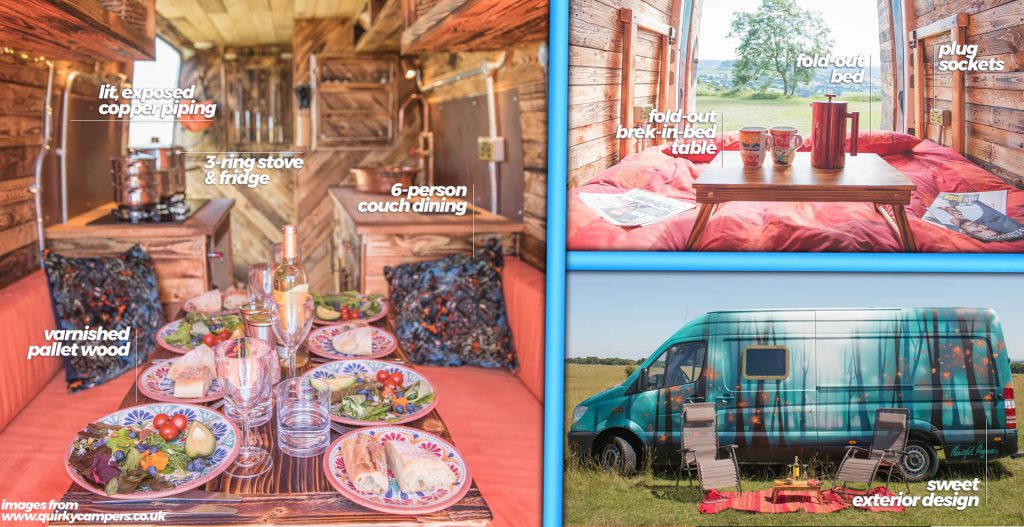 This babe’s name is Saffiyah, and she’ll take you where you need to go. Up a mountain, to the SPAR down the road, or on a spiritual journey through your mind’s eye. She’s a looker, that’s for sure. For other environments, the sight of exposed copper could be concerning – here it’s inviting. Twinkling lights wrap around the interior, adding to the sensual auburn atmosphere. It’s dense, but not just in its design; the functionality of Saffiyah comes in the form of numerous plug sockets, powered (guilt-free!) by solar panels adorned on the roof; a 3 ring stove with a spacious fridge; and a waterfall shower with hot water that can be used entirely off the grid. Why am I living in a house? Despite the sheer amount of stuff crammed into her, though, this van never feels overwhelming. She’s balanced exceptionally well, with a comfy 6-person seating area that neatly folds away into a lush bedspread. If you’re at the helm of this beauty, a bit of chai tea won’t be the only thing you’ll sip in it. That’s how I’ll find my one – I’ll hire this van right now! – that is if I can tear them away from the mesmerising exterior design, painted by a man from Cardiff. Nice one, Wales man.

Like with most of these elaborate refurbs, this cosy little camper wasn’t always that. Even before a man named Phil took it upon himself to give it a new lease on life, this flush little thing used to be a minibus. Now, it’s a camper’s dream. Unlike the last two, this van trades the ease of cleaning wine spillages for the comfort of carpet. I mean, he went a bit carpet mental…  but with the Beast from the East constantly rearing its ugly mug, I don’t think anyone will mind. Luckily, for those interested in the van life, the man behind this van has spoken at length about his journey right here (with pictures!) This one has everything you could need to live – including a working shower. How these people are getting better water pressure than me in motorized vehicles is a mystery. If you’re interested in quitting your job and living out of a Peugeot Boxer, this website is where I first learned about this interesting hobby. It contains lots of resources that can help you in designing you’re own portable paradise – who knows, maybe we’ll meet out on the road. We’ll be starved and dehydrated, but I might just have a working shower head.

Easirent at a glance